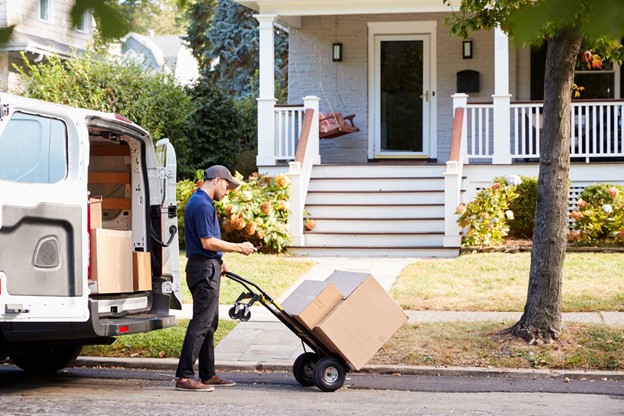 The commercial van market has seen sales grow by 4.6%, as the number of online purchases has increased. Van sales outstripped the general market in recent years due to a surge in popularity for small van models, which are being used for personal deliveries and in-home businesses.

What is happening today?

The first half of 2021 saw nearly record-high sales of new vans in the UK due to an increase in home deliveries and the economic recovery. Despite this, new auto registrations remained sluggish, with a shortage of computer chips limiting supplies of some models.

As the pandemic continues, demand for electric cars is continuing to rise. Over one in ten cars sold in June was one of these. In 2019, the first six months of the year saw the highest sales in the history of Van sales before the pandemic started.

According to industry experts, this declined primarily due to a surge in online shopping and home deliveries and developments in clean air zones that forced businesses to buy new vehicles.

Last year, sales dropped by 20% due to the lockdown, which had an inevitable effect on momentum. Despite these challenges, the vans business suffered less than other parts of the auto industry as a result of the booming popularity of home delivery services.

As the economy is now reopening, demand is once again strong. More than 191,500 vehicles were sold in the first half of this year, the third-highest total in history. In June, production volumes and deliveries were affected due to a shortage of computer chips, or semiconductors, which sapped energy from the market.

Despite the rise in commercial vehicle sales, car sales, which remain much higher in overall volume, have not recovered as quickly. There were 186,000 new cars registered in June, which represents a significant increase of 28% compared with the same period a year ago. Last summer, after the first lockdown, showrooms had just begun to reopen, and sales were still dismal.

How can your business benefit from a commercial van and what are they?

What are commercial vehicles?

Commercial vehicles are those used for transporting goods or materials rather than passengers.

The majority of commercial vehicles will be for carrying materials or towing larger loads, as well as being able to carry more passengers than passengers.

We have compiled a list of all the different types of commercial vehicles available in Britain and abroad.

On UK roads, this is the most common type of commercial vehicle. It is popular among drivers because it can carry a large load while also being easy to drive.

In Europe, panel vans are the 'standard' guise for most major commercial vehicles due to their boxy shape and large, spacious cargo bays at the rear. The side mirrors on panel vans are much larger than most average cars to compensate for the lack of rearview mirrors and rear windows.

Similar to a panel van, a double-cabin van has an extra row of seats behind the front seats, along with windows next to these rear seats. It improves visibility all-around at the expense of cargo space, so it's a compromise between visibility and cargo space.

You may want to consider a double-cab-in-van if you're looking for a commercial vehicle that can transport at least a few people regularly and you don't require as much load space as a panel van.

Pick-up trucks are classified as light commercial vehicles, even if they are often used for family transportation rather than moving cargo. In addition to being immensely popular in the United States and a lot of Europeans as well, pick-up trucks are distinctive looking due to their large open loading areas at the rear.

When transporting tall or long items, the load bay of a pick-up truck can prove useful. To prevent people from pinching stuff from the rear, you can purchase protective covers that require a key to open.

The rear of dropside vans is open, as is the rear of pick-up trucks. While pick-ups are usually derived from existing commercial vehicles/panel vans, dropside vans don't.

Unlike pick-up trucks, which typically have an opening panel at the rear only, dropside vans can have their side panels lowered, which gives people more access when adding or removing items.

Dropside vans and tipper vans have similar designs, being two- or three-seaters with an open loading bay. A tipper van is unique in that it has a hydraulic ram in the loading bay, which allows it to tilt or empty its contents from the back.

Tipper vans are generally more expensive than dropsides, but their abilities make them an ideal vehicle for those transporting garbage and gravel.

A chassis cab features a passenger cabin with a one or two-seat row that is stripped down to its bare essentials. Rather than a preassembled container or load area at the rear, only the chassis rails are visible.

This gives the owner the flexibility to install equipment for specific tasks instead of or in addition to transporting goods. A chassis cab with some modifications might be the answer someone needs to get the job done, especially if they don't want a panel van or a pick-up.

With the boost of online sales and home deliveries, your business should be equipped with cans and cars for commercial use. Get in touch with Big Van World today for more information.