Since 2015, all new diesel cars sold in the UK must comply with Euro 6 emissions standards. The driving force for this shift is a desire to improve air quality in urban areas. However, not all vans are compliant with Euro 6, and there are specific issues that impact older workhorses. 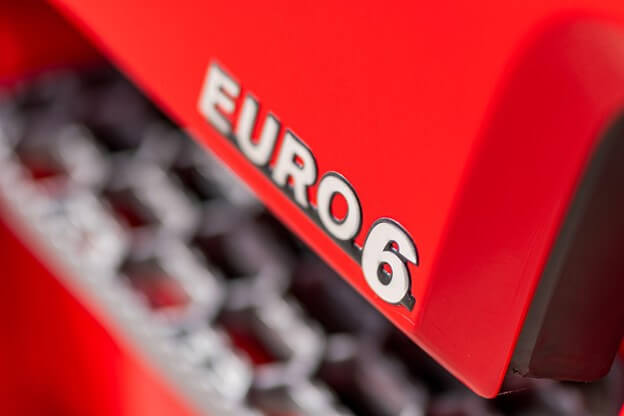 Euro 6 is the latest Euro emissions standard that all vehicles sold in Europe must conform to. It went into effect in September 2015, requiring that all new models brought to market after that point must adhere to Euro 6 standards.

Adhering to Euro 6 standards is essential, particularly with implementing ultra-low emission zones (ULEZ) in 2019. The ULEZ, extending to all areas within the North and South Circular Road, was implemented to reduce air pollution in London. The majority of vehicles must meet ULEZ emissions requirements. Otherwise, you might find yourself paying £12.50 for every day that you plan to drive inside the area. Petrol cars must meet ULEV’s minimum emissions standards of Euro 4. Diesel cars, on the other hand, must meet Euro 6 standards. Drivers may be fined with a penalty charge of up to £160 if they don’t pay the daily amount.

Due to an increase in respiratory ailments, and even death, as a result of air pollution, these emissions standards are becoming increasingly relevant when choosing a car. For instance, complying with Euro 6 means that petrol or diesel car buyers must now verify the vehicle's emissions rating before making a purchase. Choosing the wrong car could cost you money, which is why used and new car buyers should be smart about their purchases. With a non-compliant vehicle, you may be subject to significant daily fees, such as when driving into a ULEZ.

Importance of the Euro 6 Emissions Standard

With environmental pollution being a significant global concern, auto manufacturers and governments are actively trying to reduce pollutants generated by combustion-powered vehicles. This is why the European emissions standards came into effect in the 1990s. These emissions standards aim to measure and control the impact that new cars have on the environment.

Euro 6, in particular, emphasises nitrogen oxides (NOx) reduction. Vehicle manufacturers must reduce NOx emissions by at least 55 percent from Euro 5 standards. Euro 6 will also lower carbon monoxide, particulates, sulphur dioxide and hydrocarbon emissions. Euro 6 means that there have been five standards that came before it already. The next Euro 7 emissions standard is expected to be implemented by 2025.

Since implementing the emissions standards, the Society of Motor Manufacturers and Traders reports that it would require 50 new vehicles to produce as much pollution as one car from the 1970s.

Benefits of Having a Euro 6 Car

Not having to pay ULEZ charges

All drivers who enter central London must pay ULEZ fees if they drive a vehicle that does not meet the emissions requirements. If you’re driving a petrol car, that vehicle must comply with Euro 4 standards. If you’re driving a diesel car, that car must meet Euro 6 specifications. In October of last year, the ULEZ in London was extended to cover a larger area. In Birmingham, a ULEZ was launched in June of last year. Other cities across Britain are looking at implementing such measures in the near future. If you reside in such areas or plan to drive inside those cities, you may find that acquiring a cleaner automobile is worth the investment.

In addition to ULEZ, Clean Air Zones are also in place in different parts of the UK, such as Bath, Birmingham, Bristol, Leicester, London, Oxford, Scotland and Sheffield. Like driving in a ULEZ, entering Clean Air Zones means high fees if you have a non-compliant vehicle.

Presently, diesel-powered company cars are taxed an extra 4% compared to petrol-powered vehicles. The exception is when the car meets the Euro 6d standard. Thus, opting for a car that complies with Euro 6d is a wise decision, as this can give you substantial savings.

Generally, cars compliant with the emissions standard have lower CO2 emissions. The lower your car’s emissions, the less you will pay in VED.

So in light of increasing fines and levies imposed on older vehicles, it is crucial to know your car’s rating. But you are probably wondering, “Is my car Euro 6?” Or if you’re planning on buying a used car or van, how do you tell if it’s Euro 6-compliant?

Typically, when purchasing a car, the emissions standards of the car should be included along with the technical information provided with the vehicle listing. However, it’s always best to get in touch with the manufacturer or car dealer and ask about the car’s rating so you don’t incur fees for non-compliance.

To serve as your guide, the data below lists the euro standard as well as when it was introduced.

Another way of checking if your car is Euro 6-compliant is by using a Euro 6 checker, such as the one by Transport for London.

There is a wide range of used cars available on the market that could meet the Euro 6 emissions standards. Check out Big Van World’s Euro 6 vans for sale.